The Jewish History of Belarus 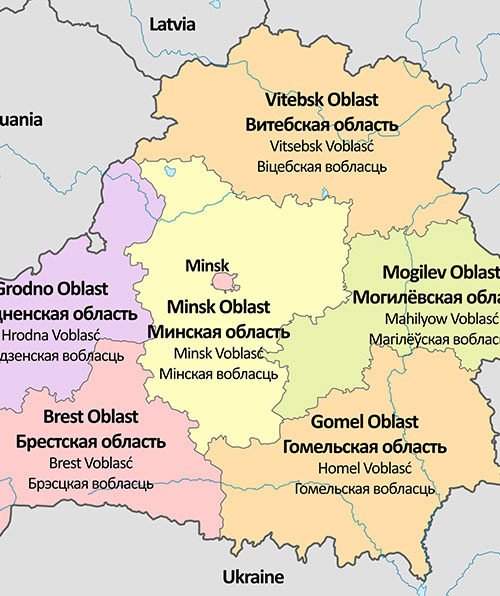 Jews first arrived in Belarus in the fourteenth century when the Grand Prince Vytautas of Lithuania granted charters to Jews in Brest (1388) and Grodno (1389). In the sixteenth century Belarus became part of the Polish-Lithuanian Commonwealth. Between 1624 and 1764 the majority of Jewish communities in Belarus belonged to the Va’ad (Jewish Council) of Lithuania. In the mid seventeenth century, from 80,000–90,000 Jews lived in the territory that is now Belarus. As a result of the partition of Poland, Belarus became part of the Russian Empire.

The region was an important center of Jewish learning. In the late sixteenth century the first yeshivas were established in Brest and Grodno, and in the late seventeenth century a yeshiva opened in Minsk. At the end of the next century the Hasidic movement gained followers, owing to the efforts of Menachem Mendel of Vitebsk and Shneur Zalman of Liady. The Lubavitch Hasidic movement, founded in eastern Belarus, spread rapidly and widely. Followers of the Karlin-Stolin and Indura-Koidanov Hasidic Rebbes lived in southern Belarus.

Approximately 200,000 Jews (5% of the total population) lived in Belarus by the early nineteenth century. By mid-century the number increased to 500,000 (12% of the population), and by 1897 the Jewish population numbered 724,548 (13.6%). Many Jews worked in the lumber, grain, and flax trades. However, by the second half of the nineteenth century the economic situation among large segments of the Jewish population deteriorated, leading to a wave of mass emigration that lasted well into the Twentieth Century.

In 1931 Polish western Belarus had a Jewish population of 283,300 (8.8% of the total). Jews lived compactly in cities and small towns, with modernization and acculturation proceeding more slowly than in the BSSR. Many Jews continued to work as tradesmen and artisans and Jewish cultural and religious life developed, albeit without state support. Throughout this time, the Bund, the various Zionist groups and Agudas Yisroel remained active, although quite a few Jews were drawn to the Communist Party. Jews in this region enjoyed relative autonomy in education, with school systems such as Tarbut, Tsysho and Yavneh.

With the outbreak of World War II and the Red Army’s occupation of western Belarus, the Soviets banned all independent political activity and began to persecute non-communist political and social activists, affluent segments of the population and representatives of national intelligentsias. According to surviving data, from 1939 through February 1941 a total of 10,333 Jews from Polish territory annexed to the BSSR were sent to the Gulag. In early 1940, 65,796 Jewish refugees from Poland were in the BSSR, 12,798 (19.5%) of them within the 1939 borders. When the Germans invaded in the late summer of 1941, approximately 690,000 Jews were living in eastern and western Belarus.

It is estimated that from 137,000 to 142,000 Jews were evacuated, mainly from large cities in the eastern part of the republic. The first mass executions of Jews took place in early July 1941. By February 1942, the greater part of the Jewish population of Belarus, including the ghettos of Bobruisk, Vitebsk, and Gomel, had been destroyed.

In 1942 and 1943, Jewish communities in the remaining regions, including the large ghettos of Brest, Grodno, and Pinsk, were also annihilated. In the Minsk ghetto, the largest in pre-1939 Soviet territory, the last Jews were shot in October 1943. Jews deported from Germany and other European countries were also murdered in Belarus. The only Jews who survived were those who had been mobilized into the army, were fighting in partisan units or living with partisans in family groups. Others managed to obtain non-Jewish identification papers or found shelter with non-Jews. 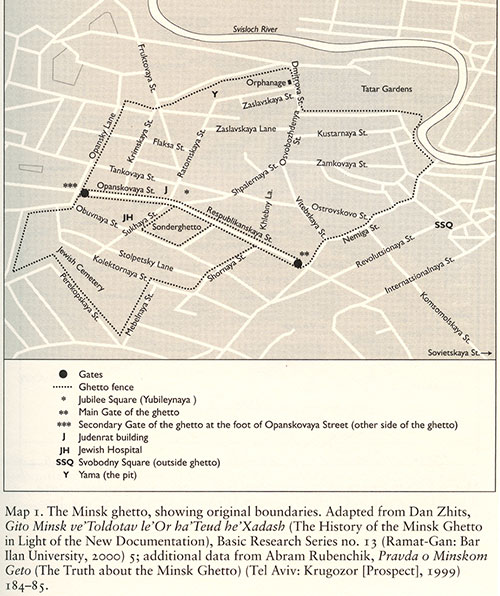 Yad Yisroel, is a non-profit organization in the USA, England, Israel and the Former Soviet Union that is dedicated to the advancement of Jewish life in the former Soviet Union. Yad Yisroel fills every void in the lives of the Jewish residents; caring for the Jewish communities’ social, welfare, educational, religious, cultural and medical needs.