The Rabbinical Dynasties of Belarus 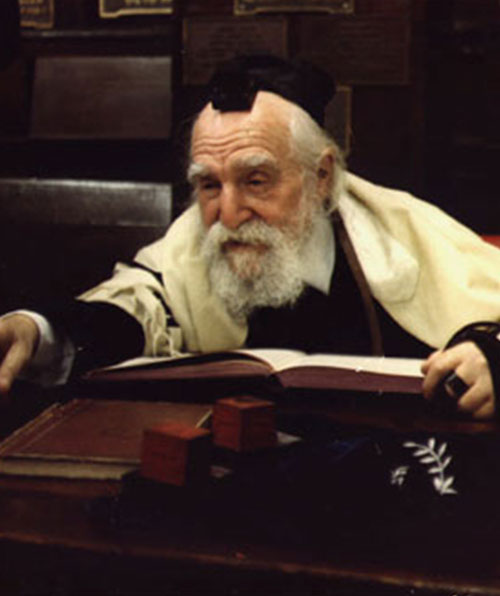 The Golden Legacy of Torah and Chasidus in Belarus

Belarus has produced holy and illustrious men over the last three centuries who have transformed the face of World Jewry to this day.

The Rabbonim and Admorim, the great Torah and Chasidic Centers, and the thriving Jewish life even under the harshest conditions have all been brutally robbed of Belarussian Jewry.

Yad Yisroel continues this golden legacy, working every day to restore the glory that has been lost from the region—drawing students from nearly every one of these towns and cities which once throbbed with Jewish life, imparting them the gift of their lost Jewish heritage.

Karlin and Stolin are two of the most important cities in Belarus’ Jewish geography. Situated in the south of the country, they have served as the seat of the Karlin-Stoliner Rebbes, may their memories’ be a blessing.

Rebbe Aaron Hagadol (the Great) of Karlin, a prize student of the Maggid of Mezerich—the primary student of the Ba’al Shem Tov, and disseminator of his teachings—came to a region where the Chassidic movement had not yet arrived. He began disseminating the teachings of his holy Rebbe—despite the often-vocal opposition. He taught his disciples about Hashem, about Torah, and about burning love for a fellow Yid.

Seven generations of his progeny—holy Rebbeim and leaders in their own right— would continue his golden legacy, teaching and uplifting their fellow Jews.

They would spread their influence throughout Belarus until almost all was wiped out by WWII.

In its aftermath it was transplanted in Eretz Yisroel, and  America, where it has seen rebirth, and the movement begun close to three centuries ago in Belarus once again grows and thrives around the world—returning once again to Belarus to continue this holy tradition.

Begun by Rebbe Mordechai of Lechovitch, a student of Rebbe Shlomo, the second Rebbe of Karlin, this dynasty once saw Slominer Chassidim spread throughout Belarus.

Slonimer chassidim were known for their supreme devotion to serving Hashem—following generations of Slomimer Rebbes. These illustrious men are buried in the Belorussian city of Slonim, which sees pilgrimages of returning chassidim who come to pray at these graves.

They have likewise carried the torch forth, settling in the holy land of Eretz Yisroel, where they have experienced a great rebirth.

In the Southwestern corner of the country, approximately 170km west of Pinsk lies the city of Brest, better-known by its Yiddish name “Brisk.” Rav Chaim Brisker (1853-1918) a native of Volozyn, Belarus, remains one of the most prominent figures in the Torah world.

He pioneered a unique method of Torah study, which emphasizes deep analysis and parsing Torah concepts down to its finest points. The Brisker philosophy expends tremendous energies in carrying out mitzvos with utmost stringency.

But rivaling his Torah was Rav Chaim’s kindness, charity, and compassion to one and all—opening his home to the most downtrodden beggars who streamed to his door, and making his home theirs.

The Brisker Yeshiva produced some of the most prominent Torah scholars during its tenure, and the two sons of Rav Chaim would go on to transplant his influence in America and Eretz Yisroel respectively, where they have each perpetuated and expanded the house of Brisk to build and inspire future generations at two ends of the earth.

Rabbi Yisroel Meir Kagan, zt”l, known by the title of his legendary works, was born in the Grodno region of Belarus.

A man of legendary holiness, humility, and piety, the Chofetz Chaim’s works are studied to this day. They include Chofetz Chaim, on the laws of speech, and Mishnah Berurah, a comprehensive halachic work, among numerous other important works.

His Yeshiva in the town of Radin shaped and educated many leaders of the future generations.

The author of the legendary work “Birchas Shmuel,” Rav Baruch Ber was born in Slutzk, and learned under the great Roshei Yeshiva, Rav Chaim Brisker and Rav Chaim Valozyner. His brilliance was apparent from a young age, and after serving as the Rabbi of Halusk, Belarus, he established a yeshiva in Kamenitz, Belarus.

Some of the greatest minds of those times learned in Kamenitz, and Rav Baruch Ber molded them into accomplished Torah scholars.

His son-in-law was Rav Reuven Grozovsky, Rosh Yeshiva of Yeshiva Torah Vodaath in Brooklyn, and his grandson Rabbi Yitzchok Scheiner, Rosh Yeshiva of Kamenitz in Yerushalayim, through which his golden legacy continues to this day.

Born in a Belarussian hamlet, he learned in Mir and Valozyn from the tender age of twelve. He learned with great men such as Rav Chaim Brisker and the Netziv of Valozyn.

Rav Shimon was brilliant, and his deep Torah wisdom can be found in his legendary work, Sha’arei Yosher.

Although he was not himself born in Belarus, his legendary Baranovitcher yeshiva for high school students remains one of the most famed Torah centers of Belarus.

Rav Elchonon guided generations of students in the ways of Torah and piety, and his shiurim, contained in “Kovetz Shiurim” continue to inspire fourth and fifth generations of young Torah students the world over.

Although he was in America at the outbreak of WWII, he returned to Europe on the last ship back, saying: “A captain does not abandon the ship.” He met his bitter fate along with close to 1,000,000 Jews of Belarus.

The Yeshivos of the Prewar Torah World

The incredible world of the Yeshivos in Eretz Yisroel and America today traces its roots to the towns of Belarus.

Beginning with the founding of the famed Valozyner Yeshiva, around 1800 by Rav Chaim Valozyner, it was here that the first generation of Roshei Yeshiva were shaped.

Over the ensuing 150 years—until it was brutally snuffed out by the Nazis—the Yeshiva world spread out throughout the country, to cities and Shtetls. Each developed their own school of thought, each unique in their own approach to shaping their students.

The Torah centers of Belarus produced outstanding Torah scholars, who would go on to rebuild it in a miraculous and spectacular fashion in America and Eretz Yisroel.

The greatest Torah leaders of the last three generations were children of the shtetls of Belarus. There can be no greater tribute to their lives than to restore the glory to their children of their hometowns.

Born in a small town near Minsk, Belarus, he went to serve as the Rabbi of Lyuban, Belarus, before escaping the poverty and persecution to America, where he became known as the greatest Rabbinic authority of his generation.

His voluminous Torah and Halacha responsa continue to illuminate the way for generations of Torah scholars. His brilliance and complete mastery of Torah were only matched by his kindness and compassion toward every human being.

Born in Svilac, Belarus, Rabbi Kotler was the son-in-law of Rabbi Isser Zalman Meltzer (see profile), also of Belarus. He was orphaned at a young age, but this did not deter him from pursuing his Torah study with great passion.

After marrying the daughter of one of the greatest Torah leaders of his time, he joined his illustrious father-in-law at the helm of his Yeshiva in Slutzk. After WWI, the yeshiva moved to Kletzk, where Rav Aaron shaped numerous students who would go on to serve as Torah leaders in their own right.

In the 1920’s, he arrived in America and would transform his Torah landscape forever. He founded Beth Medrash Gavoah in Lakewood, New Jersey, and founded numerous organizations to further Torah and Jewish continuity around the world.

Rabbi Kotler—a child of Belarus—was possibly the greatest force in the rebirth of Torah in the postwar era.

Born in Mir, Belarus, he studied in the Radin yeshiva, under the revered Chofetz Chaim, under Rav Chaim Brisker, and under Rav Nosson Tzvi Finkel. He founded the Slutzker Yeshiva, where he served as the Chief Rabbi.

He subsequently emigrated to Eretz Yisroel, where he headed the famed Yeshiva Eitz Chaim. He was one of the most revered figures and leaders in Eretz Yisroel during  his time, and was the final word on every communal matter facing Israeli Jewry.

For 103 years, this child of Brest, Belarus, was dedicated to Torah with every fiber of his being.

He learned under the great Rabbis of the Brisker dynasty, both in Belarus, as well as in France.

He taught Torah for decades in Eretz Yisroel, and was considered one of the most influential Torah leaders of his time.

Widely considered one of the greatest Torah leaders of our time, Rav Kanievesky, may he live and be well, was born in Pinsk–the home of Yad Yisroel institutions–to his illustrious father, Rav Yaakov Yisroel Kanievsky, known as “the Steipeler.”

A son-in-law of Rabbi Yosef Sholom Elyashiv, Rav Chaim has continued his role as a great leader and guide to tens of thousands of Jews around the world, even as he toils in Torah for most of the twenty-four hours in the day, while well into his ninth decade.

Yad Yisroel, is a non-profit organization in the USA, England, Israel and the Former Soviet Union that is dedicated to the advancement of Jewish life in the former Soviet Union. Yad Yisroel fills every void in the lives of the Jewish residents; caring for the Jewish communities’ social, welfare, educational, religious, cultural and medical needs.